Rajni Bakshi, Senior Gandhi Peace Fellow at Gateway House, was recently invited to Brazil and Colombia to speak about Gandhi, her book ‘Bazaars, Conversations and Freedom’ and her forthcoming paper on Trusteeship. She reports on the longing for non-violence in these societies and the groups working to make it real

Small rectangular  pieces of glazed glass are embedded on the grass covered slope outside the victims memorial in Medellin, Colombia. On the glass plates are names of people who were killed, injured or went missing due to the 50 years of conflict between right wing paramilitary forces, various guerrilla groups and government security forces. The House of Memory museum honours the 6.7 million people who are estimated to have become victims of this violence.

In a small garden beside this memorial is a statue of Mahatma Gandhi. This is just one of many statues of Gandhi to be found across Latin America. In Sao Paulo, Brazil, Gandhi’s statue stands in a garden opposite the state’s legislative assembly. At the base of this life-size statue is a pattern of mosaic tiles depicting a radiance spreading outwards.

Any number of statues of Gandhi could well be a token honour. What is significant is that both in parts of Brazil and Columbia Gandhi’s legacy is a living inspiration in the on-going quest for ways to strengthen non-violence.

In Medellin, a local civic group called the Gandhi Foundation, annually celebrates Gandhi’s birthday with a week long program to honour the virtues of non-violence. This year’s program, supported by the local government, had the theme “non-violence is my talent”.

In Sao Paulo the civic group Palas Athena has observed a Gandhi week in early October for the last 33 years. Lia Diskin, the founder of Palas Athena, played an important role in the international campaign which led to the United Nations declaring Gandhi’s birthday, October 2nd, as the International Day of Non-violence.

Are these islands of idealism in societies known for both random violence and protracted political violence?

In terms of actual numbers such celebrations of Gandhi and non-violence may well seem like small boats in a turbulent sea where violence often holds sway. However, they do reach out to a wide variety of people and get a positive response because the longing for non-violence as a method and as a way of life is pervasive.

One indicator of this is that Palas Athena’s workers are called to apply their mediation skills in a wide variety of situations – including worker relations within private companies. They use the circle method which allows everyone to share their version of a conflict situation and how it can be resolved.

This methodology is based on the concept of ‘restorative justice’ which is quite different from conventional concepts of justice. The conventional method asks the following questions: what was the crime? Who did it? What is the punishment?

Those working in the framework of restorative justice ask: who did it? Who was harmed? How to put things right? The aim of this process is to make the offender realise the full impact of what they have done. This is important because there is a pattern of many offenders being in denial about their actions.

“When the offenders are confronted with the full consequences of what they have done they want to make amends, for us restorative justice is the light at the end of the tunnel” says Tonia Van Acker, a senior staff member of Palas Athena.

Over the last few decades these methods have been developed as clinical skills by experts in different parts of the world. Palas Athena has spent the last 16 years promoting this approach and inviting experts to train local people in Sao Paulo. Today the methods of restorative justice are being used in local schools to stop bullying and violent quarrels. Even court officials are being trained in how to apply the circle method in their work.

Gandhi’s inspiration permeates these activities not merely because the means, and the end goal, is non-violence. Above all, Gandhi’s presence is evident in the process of dialogue, for Gandhi spent much of his life trying to perfect the skills of true dialog. A true dialog requires: active listening, listening without judgement, saying what you actually think and feel without offending others.

In Columbia this endeavor is currently at the centre-stage of national life. The government of President Juan Manuel Santos is in the midst of complex and precarious peace talks with FARC (Revolutionary Armed Forces of Colombia), a guerrilla organization that has been at war with the state for the last 50 years.

These negotiations, taking place in Havana, Cuba, have brought members of the FARC face to face with family members of the victims. Among the negotiators is Constanza Turbay, four of whose family members were killed by FARC. A recent report in The Economist quoted Turbay as describing the encounter as “the most transcendental meeting” of her life because the FARC representative asked her for forgiveness for the murders.

Many Colombians are neither impressed nor moved by such calls for forgiveness. The perception that the votaries of violence are unrepentant seems to be deeply rooted.

It is in this context that the work of Medellin’s Gandhi Foundation and Sao Paulo’s Palas Athena becomes even more significant. 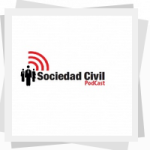 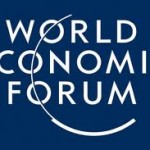 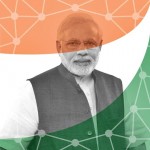 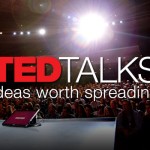